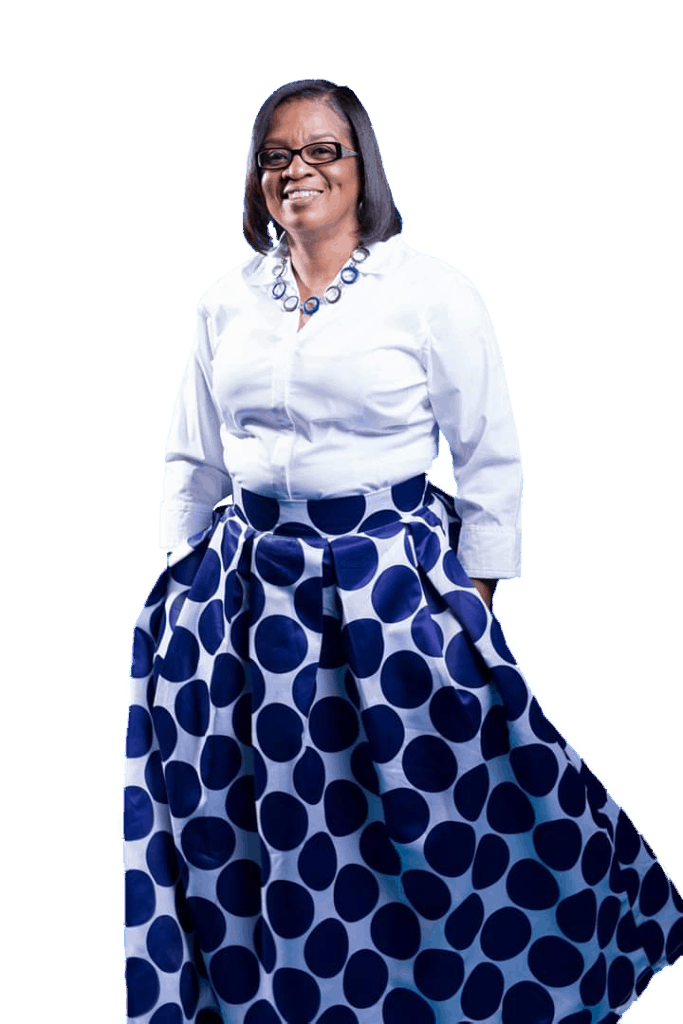 Minister Kathy Borders is a native of Jefferson, Georgia. She has lived in Anderson, South Carolina for over 30 years.

She is a 1990 graduate of Anderson College. She received her private school certification from the College of New Rochelle in New York in 1996. Kathy was employed with the Montessori School of Anderson for over 25 years. She currently works as a licensed insurance agent with the Renea S. Rowland Agency.

Kathy has been in some form of ministry for over 25 years.  She has served as a worship leader, Sunday school teacher, choir director, bible study teacher and, since 2002, a minister of the gospel.

Minister K is sold out to Christ. She enjoys sharing her thoughts, struggles, almost slip ups and successes with others. While this stand of purity in her life has come with difficult moments, the victories far outweigh the defeats. She takes pride in knowing that her life is pleasing the Lord. One of her many favorite slogans is, “I don’t just serve God with my lips. I first serve Him with my life.”

Minister Borders openly shares her testimony with singles. She was saved in March of 1992. Being young in Christ, in September of that same year, she succumbed to sexual sin. This resulted in an unplanned pregnancy, but developed into much promise and purpose for her life. She is the proud mother of one son Langdon, who also works in ministry.  She is a testimony that just because you fell, does not mean you have failed. Everyone can bounce back with God’s help.

Minister Borders is a well sought after minister of the gospel. God has afforded her the opportunity to speak at various conferences, churches and outreach functions. Her desire is to please God in all aspects of her life.  She is an active member and associate minister at Tabernacle of Deliverance and Praise in Anderson, SC. She serves as one of the praise and worship leaders, is on the official church board, and teaches bible study and baptism classes. One of her greatest joys is serving as an armor bearer and personal assistant for her pastor, Rev. Tabitha Johnson.

Please enter your prayer request below. We will pray immediately for your needs and corporately on the 3 Tuesday of every month at 8pm on Just Put it Out There! Prayer Portal. We promise not to mention any names.
Listen in at Gregory Gospel Radio and click on the “Listen Live” button.